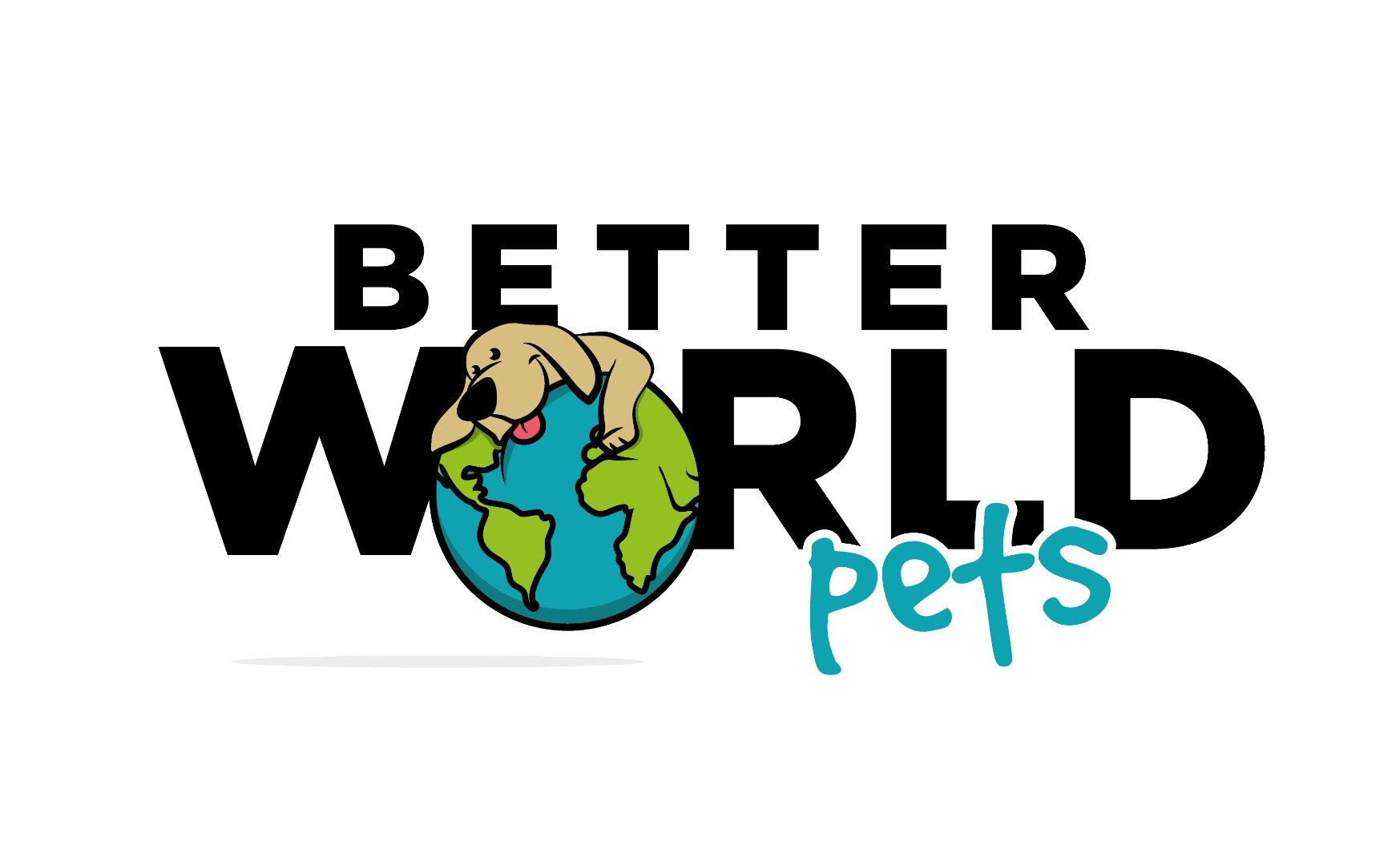 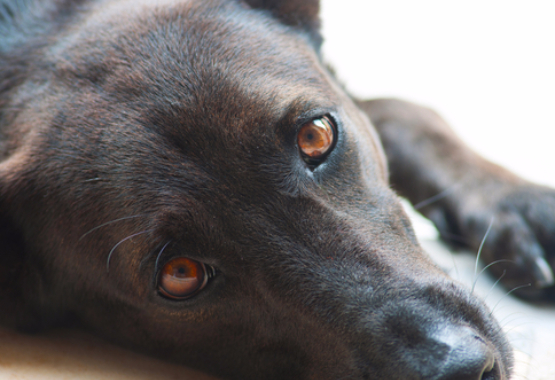 IT'S NOT A VERY FUN TOPIC, BUT PLANNING FOR YOUR DOG'S END OF LIFE CAN HELP EASE THE STRESS FOR YOUR FAMILY.

Regardless of your dog's age, it's important to discuss plans for their end of life.  It's already a stressful event watching your best friend's health deteriorate, but indecision amongst your family can make it much worse. Having a frank discussion about whether you plan to have your dog euthanized at home, at the vet, somewhere else, etc... should be decided before that decision arises.  You should make sure the individuals involved in deciding these matters have discussed and agreed upon a course of action before it happens.

MY STORY: When our 12 year old dog Jasmine became very ill with liver cancer a few years ago, we opted for an at home euthanasia.  It sounded like the most sensible humane way of letting her go.  In retrospect, that was probably a mistake.
We hired a professional to come euthanize Jasmine in our living room and then we moved her to the mud room where she used to sleep on her orthopedic memory foam bed.  That 10 seconds of dragging her lifeless body from the living room to her bed was one of the saddest things I've ever done.  I couldn't walk by that part of our house for the next 2 years without thinking about it.  For that reason, I personally recommend performing the euthanasia at your vet or another medical facility.   It's a personal decision that has to be made by your family though. There's also the matter of discussing the death with your children... 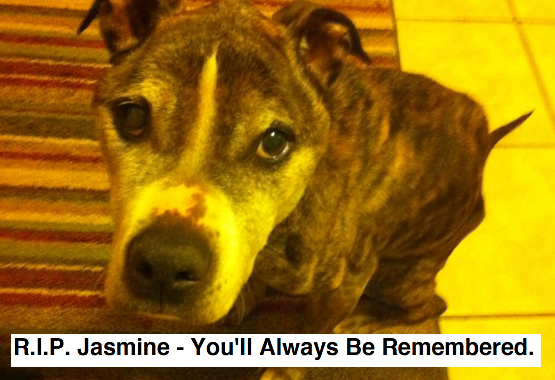 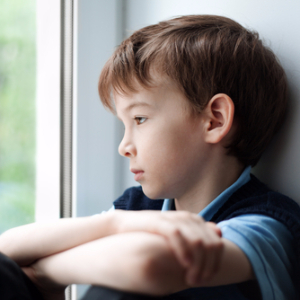 HOW TO DISCUSS THE DEATH OF A PET WITH YOUR CHILDREN.
Death and dying are two of the hardest facts of life to explain to children. Very often, the death of a family pet such as a dog is a child’s first encounter with this inescapable law of nature. How we handle this event can have a far-reaching impact on our children’s understanding of death and dying.

Young children often view their relationship with a pet as indefinite. They don’t understand that animals run on a different biological clock, or that illness or injury may make euthanasia the best option. At all ages, honesty is the best policy, says Marty Tously, a bereavement counselor. “That means using the words death and dying, and explaining the permanence of death. You do it gently but without confusing what dying actually means.”

Tously explains that the worst course of action is to lie (to say the animal went away) or to use confusing euphemisms, such as the phrase “put to sleep.” Children will eventually learn the truth, and lying can breed resentment and destroy trust between parent and child. “Later in life, when the child learns the truth, they’ll wonder what else the parent lied about,” she says.
Likewise, euphemisms can cause anxiety or confusion because children take what you say literally. “If you say a pet is put to sleep, the child may suffer sleep anxiety,” says Tously. She recalls one child who was told his cocker spaniel just “went away.” He awaited his dog’s return, and upon learning the dog had been buried wanted to unearth the dog. “If you say ‘God has taken your pet because he was special,’ the child may resent God, and fear who might be next.”

Parents often want to ease their child’s hurt by rushing out and buying another pet. Tously says this is a mistake. “The last thing you want to do is convey the impression that the pet – a family member – is replaceable,” she says. Wait until the child expresses an interest in another pet. Children are very resilient, and they usually learn to accept their pet is gone. If a child persists with nightmares or seems unable to cope, however, it may be necessary to talk with a counselor. 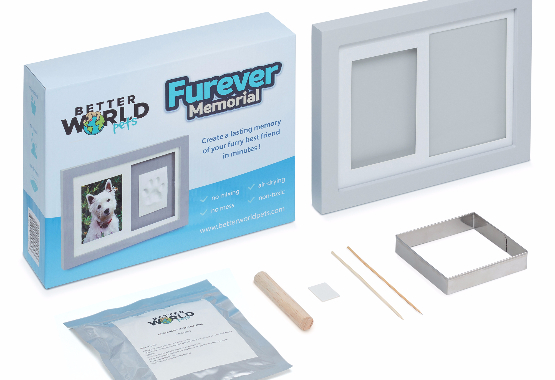 WHAT'S THE BEST KEEPSAKE TO HONOR YOUR DOG NOW AND AFTER THEY'VE PASSED?
When my dog of 15 years died many years ago we didn't have any keepsake or memorial created to honor Pepsi's life (yes... that was her name).  It felt like we didn't get proper closure and photos alone did not do justice to how much impact she had on our lives.
When Jasmine died a few years ago we had her cremated and her ashes put in an urn.  It seemed like a proper memorial, but urn's can be depressing to look at and don't express the love and joy she gave to all of us during her life.  We ended up storing the urn away in a closet where we never see it.  Needless to say, I will not do that ever again.
At Better World Pets we created the Paw Print Kit and Frame Keepsake as a perfect way to display our love and respect for our pets that have given us so much. Our no mess air-dry clay paw print is super easy to create and adds an aesthetically attractive element to a photo frame.  The clay paw print impression adds a real life feel to the photo.  Whenever I see the paw print with the photo I feel like I'm with my dog again and it brings back the warm feelings and great times we experienced together.
The Paw Print Kit and Frame Keepsake comes with everything you need to create the set.  All you need to add is the 4" x 6" photo of your dog.  There's no baking or mixing of clay required.  You just simply open up the clay bag, roll it out, make the paw impression, and let it dry. 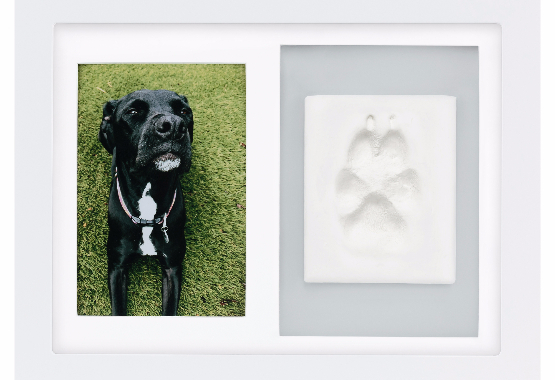 What are customers saying... 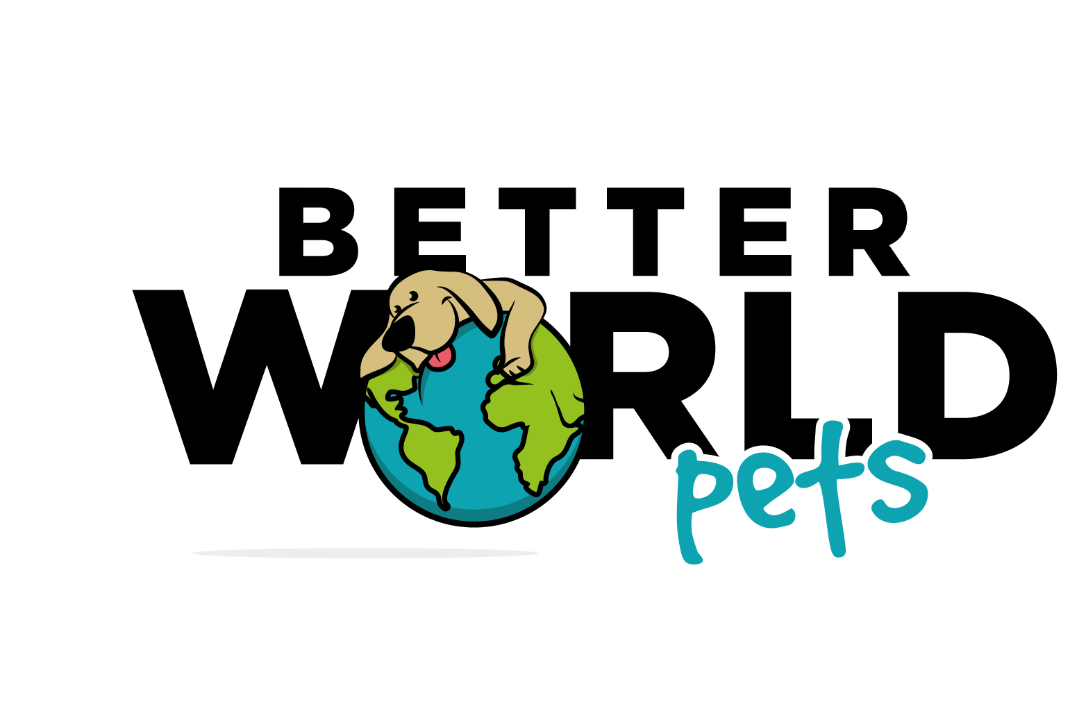